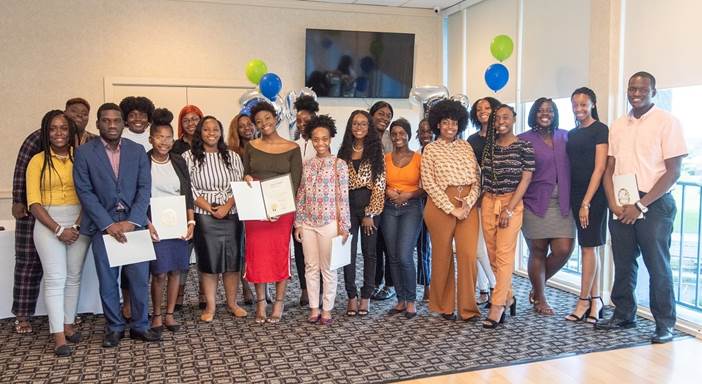 MIAMI-DADE – Nazario Saint Louis, a 19-year-old junior at Georgetown University studying international economics, was undecided about his future career path. But that all changed after his experience working for lobbying and consulting firm Floridian Partners as part of Commissioner Barbara J. Jordan’s Summer Youth Internship Initiative (SYII) internship. Working side by side with lobbyists, he learned the inner workings of the relationship between local government and private enterprises.

He says his SYII internship was a life-changing experience and he now feels confident about pursuing a future career as a lobbyist.  During his speech at the SYII closing ceremony, he urged his fellow 2019 summer classmates to strive for excellence and “challenge the impossible.”

For eight to 10 weeks, 32 students were paid to work in County government and the private sector as part of the SYII program. Students underwent an extensive interview process and were required to attend a daylong orientation session with a motivational speaker, life coach and several entrepreneurs.

Mia Taylor-Michel, a 20-year-old junior who is studying economics at Florida A&M University, worked for the office of Commissioner Barbara Jordan.

“Working with District 1 staff was the best part of my internship,” said Taylor-Michel who attended Board of County Commissioners meetings alongside Commissioner Jordan. “I got a behind-the-scenes look of the legislative process and how the County operates.”

Khaalis Gumbs, a 24-year-old aviation administration student at Broward College, worked at the world’s leading manufacturer of both planes and trains, Bombardier. Gumbs was tasked to work in administration and ordered and shipped airplane parts. During his time working with maintenance staff, he was able to observe a test run on an engine.

“It was amazing,” he said. “I’ve always had an interest in becoming a pilot. For the first time, I was able to experience being on the runway in the cockpit.”

Kay-Ann Henry, a 20-year-old junior at the University of Miami majoring in journalism, worked for a marketing firm in her second SYII internship.

“I was excited to get to work in creative marketing this time,” she said. “It was great to explore a different aspect in the field of media.” 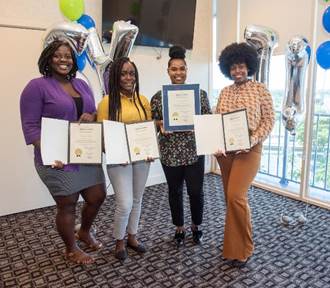