The cold cases below are for crimes that occured from 1990-1999. Click on any photo to see the larger version. 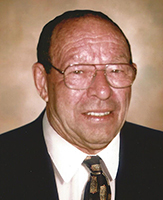 Narrative: At the above time, date, and location, Mr. Lessard picked up his daughter at the Ft. Lauderdale / Hollywood Airport and was parking his van in his Condominium parking lot. As Mr. Lessard, his wife, and daughter exited their vehicle they were confronted by a black male who was armed with a revolver.

During the course of the robbery Mr. Lessard was shot. He was transported to the hospital where he expired from his injuries. The suspect is described as a black male, 22-23 years of age, 5' 7" – 5' 10" in height, thin build, no facial hair, short cut hair, wearing a white T-shirt and dark pants.

Narrative: At the above time, date, and location the victim along with three others were shot in front of Bobby's Package Store, after two males exited a white vehicle and began shooting into a crowd of people with assault rifles. The motive for the shooting was drug related. The victim was not the intended target.

Occurred: The victim was discovered deceased on Sunday, September 27, 1998, in a field located at SW 200 Street and 154 Avenue.

Narrative: The victim was found on the above date, in an open field to the north of S.W. 200 Street and approximately 154 Avenue, by a passerby. Interviews of family and friends revealed the victim came to the Miami area to conduct a business transaction with several acquaintances. The victim was last seen alive by family members at 6 p.m., Saturday, September 26, 1998. 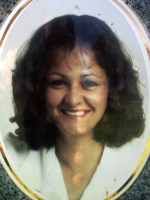 Occurred: The victim was discovered deceased inside her vehicle at 4480 NW 79 Avenue, Miami, Florida on April 5, 1998.

Narrative: The victim was reported missing from Osceola County, Florida on 4/2/98, when she suddenly disappeared. The victim was found deceased in her 1985, black BMW in the parking lot of an apartment complex at 4480 N.W. 79 Avenue on 4/5/98. Investigative leads identified Orestes Diaz, W/L/M, as a person who was in a relationship with the victim. Diaz has never been located. 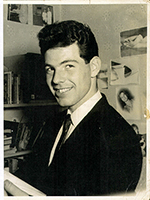 Narrative: The Investigation revealed the victim, Irwin Tilker, was visiting his friend, who was the owner of the T&C Market. While Mr. Tilker was inside the market, three unknown black males armed with handguns entered the store and robbed the store owner. Upon completing the robbery, as the subjects fled, one of the subjects turned and fired a single shot at the victim. The victim expired on the scene. The subjects then fled on foot to an awaiting vehicle and fled southbound on N.W. 31 Avenue. The subject's vehicle was described as a maroon, 1990 – 1994 Nissan Sentra, 4-door, dark tinted windows, with a rear trunk spoiler and sunroof. 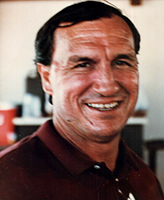 Narrative: On 11-29-96, at 7 A.M., the victim’s body was discovered deceased on the side of the road. The investigation revealed the victim was a long time abuser of alcohol and drugs. He was a counselor at the Homestead AA Room, assisting other substance abusers to stay clean.

The victim was living with a female he met at the AA Room and according to her, the victim was involved in a bar fight approximately one week prior to his demise. The victim required Emergency Room care because of this fight. 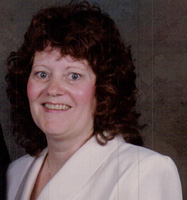 Narrative: On 09-12-96, at 8:30 P.M., the victim drove her motor vehicle off the roadway, as she was driving south on S.W. 112 Avenue, at S.W. 230 Street. Uniform officers responded and discovered that the victim was suffering from a gunshot wound. The victim was transported to Jackson Memorial Hospital, where she expired as a result of the wound on 09-14-96. Prior to being discovered on the side of the road the victim had attended an exercise class at 20435 Old Cutler Road and was apparently on her way home. 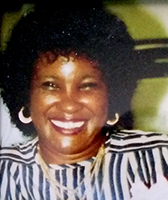 Narrative: At the above time, date, and location the victim was discovered deceased inside of her residence. The crime scene suggests a robbery or burglary occurred resulting in the victim's demise.

Narrative: At the above time, date, and location the victim was discovered unconscious inside of a duplex apartment that she owned and was renovating. It was revealed that two wall air conditioning units were removed from the duplex and an attempt to remove a third unit was unsuccessful. It is believed that the victim may have interrupted a burglary in progress and as a result, she was severely beaten and ultimately expired from the injuries she suffered.

Narrative: The victim lived with his mother and sister at the above address and was known to sell small amounts of marijuana from out of the residence. At approximately 11:00 a.m. the sister left the residence, while the victim slept in his bedroom. She returned at 11:45 a.m., and upon checking him at 1:00 p.m., discovered him deceased from multiple gunshot wounds. 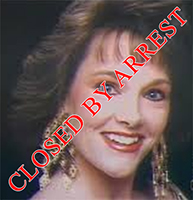 Narrative: The initial investigation revealed a bitter custody battle between Lynne Friend and Clifford Brett Friend, W/M/58, over their five year-old son. The court decided in Lynne Friend's favor. She was scheduled to leave Florida for Tennessee with their minor son on Monday, August 29, 1994. Lynne Friend was never seen or heard from again and her body was never discovered. 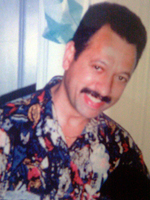 Narrative: The victim arrived in the Miami area on 9/25/93 to visit relatives and conduct personal business. At approximately 8:15 P.M. on 9/26/93 the victim, his cousin, and his cousin's wife were eastbound on the Palmetto Expressway (SR 826).

At some point between NW 17th Avenue and 12 Avenue, a light blue large vehicle maneuvered alongside the victim's vehicle. The subject (driver) fired a single shot which struck the victim in the head. The victim's cousin drove directly to Golden Glades Hospital where the victim expired. 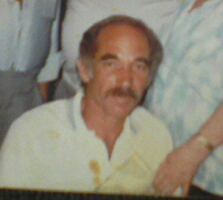 Narrative: Employees of a recycling company were driving a company truck eastbound on N.W. 106th Street when they observed the victim lying face down in the easement in front of 3500 N.W. 106th Street.

In speaking with the victim's wife she stated she last saw the victim at approximately 11:30 p.m., September 2, 1993, when he left their residence at 2260 West 53rd Place, Hialeah, Florida in order to purchase cigarettes from a nearby store. The victim never returned. 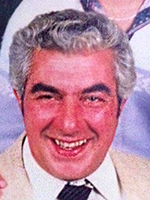 Narrative: At the above time, date, and location, Miami-Dade Police Department uniform units were dispatched to a traffic accident. The victim's vehicle crashed into a concrete light pole at a high rate of speed. The victim was discovered deceased on the scene.

It was later discovered the victim had been shot during an attempted robbery which caused the victim to lose control of his vehicle and crash. The suspect was only described as a black male. 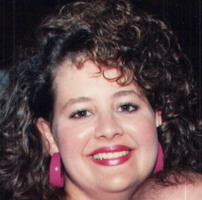 Narrative: The victim was discovered deceased inside her residence by a family member who lived nearby. The victim’s death is classified as a homicide. 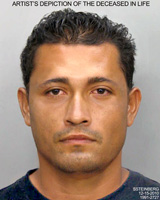 Occurred: The victim was discovered deceased on October 16, 1991, at Highway US 1 and Mile Marker 120 on the side of the road. Unincorporated Miami-Dade County.

Narrative: A motorist driving to the Keys observed the victim's body on the side of the road. Authorities were notified and it was determined that the case would be classified as a homicide. 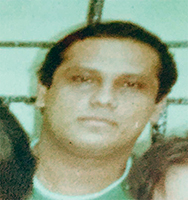 Narrative: At the above time, date, and location the victim exited Choko's Mexican Restaurant with his girlfriend. As the victim approached his van which was parked in the parking lot, he noticed person(s) unknown had tampered with the right front tire. While examining the tire the victim was shot multiple times. 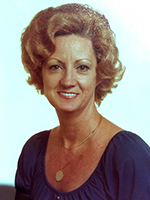 Narrative: Uniform units were dispatched to the above location after the victim's daughter discovered her mother deceased within the residence. The investigation revealed the victim's residence was burglarized and several pieces of jewelry were taken.

Items taken from the victim's residence: 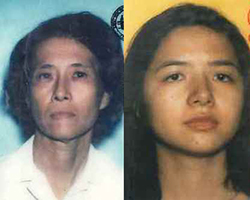 Narrative: The victims were discovered by a maintenance worker who received a phone call from the husband/father of the victims who was in Texas and became concerned after he was unable to contact the victims for several days.

Both victims were discovered deceased inside the apartment. Both deaths were classified as homicide and a motive for the crime still remains unknown. Si-Ying had recently graduated from Miami-Dade Community College. She had several jobs to financially assist her as she was expected to start school in Texas. She worked at the Golden Jade Restaurant located at 48 East Flagler Street, Kinko's Copy store at 1212 South Dixie Highway and was a volunteer at Coral Gables Hospital. Su-Fang worked at the Canton Restaurant 1487 South Dixie Highway and was a babysitter for friends. 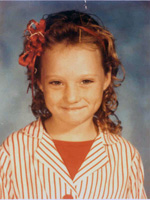